For many years, Hollywood fed us with wonderful, funny, magical and mostly sad romantic sceneries. With Hollywood movies, we believe in love again and again. We have “couple goals” not only in movies, but in the Hollywood too!

Until recent shocking divorce news, everyone’s favorite were Brangelina couple. We love and adore their elegant and lovely relationship. But the new favorite couple were born: Blake and Ryan.

Okay, we should admit, they are not that couples that look each other’s eyes with love and respect. They are just each other`s worst enemy and best friend - we know, that sometimes those two thing are the same thing as well.

Yes, they are best friends! More like, buddies! These twos history started on the filming of Green Lantern. They just met on the set and bum – chemistry kicked! Of course, that time Ryan was married and Blake has boyfriend too – so they were just friends, nothing more. Still they were best friends. Made fun of other people, made fun of each other’s , pranks, long talks and endless jokes – man, those were good times! But after one year Ryan divorced and Blake broke up with her boyfriend too!

It seems perfect timing for these too and finally, our couple can start a relationship… Hell no! they just firendzoned each other. Of course, if you have perfect chemistry, share same sense of humor, founded amazingly charming woman/man, the only logical thing to do make her/him “best friend” and wait for someone to snatch her/him from you.

At least, our couple didn’t wait for realization too long. just in one magical night, Blake and Ryan met again, coincidently at double date. Jealousy is the key, ladies and gentlemen. Just like in the move – you sat there with your supposed to be “best friend” with another person and realize it should be you! You are the one, who should… have to be with your “best friend”! Finally, Ryan had that think and apparently, Blake too!

After that night magazines catch that new, but not shy couple holding hands, eating dinners and having good times. Just in months even families met and guess what? They love that new couple as well!

In 2012 our dream couple married with very small, quiet,  but meaningful ceremony.

If you think, that like every married couple, after marriage they lose their sparkle too, you are indeed wrong. They are still on fire and joyful as ever! Even whose does not believe in love, loves that couple and their amazing chemistry! Because they are not your regular “I love my wife/husband” couple, they are trolls! Not to others, just for each other`s!

They are were active on social media and don’t miss a chance to make fun of each other with tweets and comments! The most famous one (and probably not the first one )was when Ryan Reynolds congratulated his beloved wife for her birthday… with photo of they together… with Blake Lively cropped out. 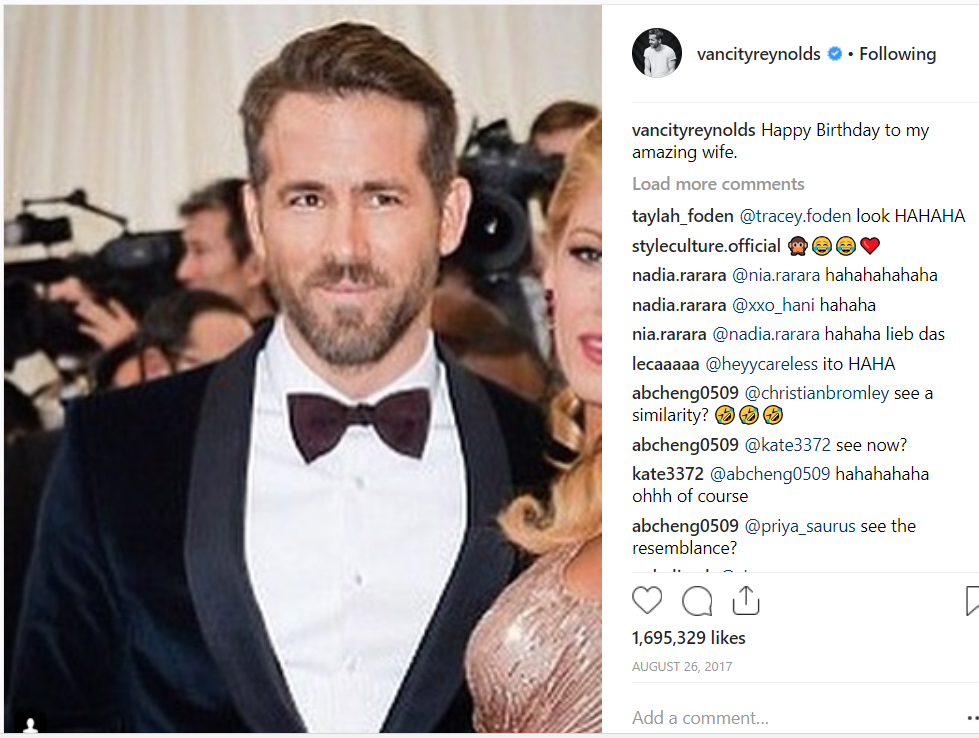 And you think there would be nice fight that night. But no, our dream couple has no limits and Blake is quite troll herself. After few months, Ryan Reynolds` birthday arrived and she congratulated her husband with photo too! With Ryan Gosling… With Ryan Reynolds cropped out. After that, that cute couple began to trolling wars! Time by time they share others`s photos or commented or them. One of famous one is in 2018 April Blake Lively shared her photo alongside Ryan Reynolds with caption "If there’s one thing I’m infinitely proud of in this picture, it’s the incredible hair styling that I did on myself". We have to admit, it indeed was really pretty and classy hair style!

As a celebrity couple, both actors, they support each other`s films and projects too. Of course, that support litle bit in their way. You can not see Blake Lively posting about how amazing Deadpool is and how great performed Ryan Reynold in there. But you can see how she comperes two Reynold`s picture, that inspired Deadpool`s iconic poster. 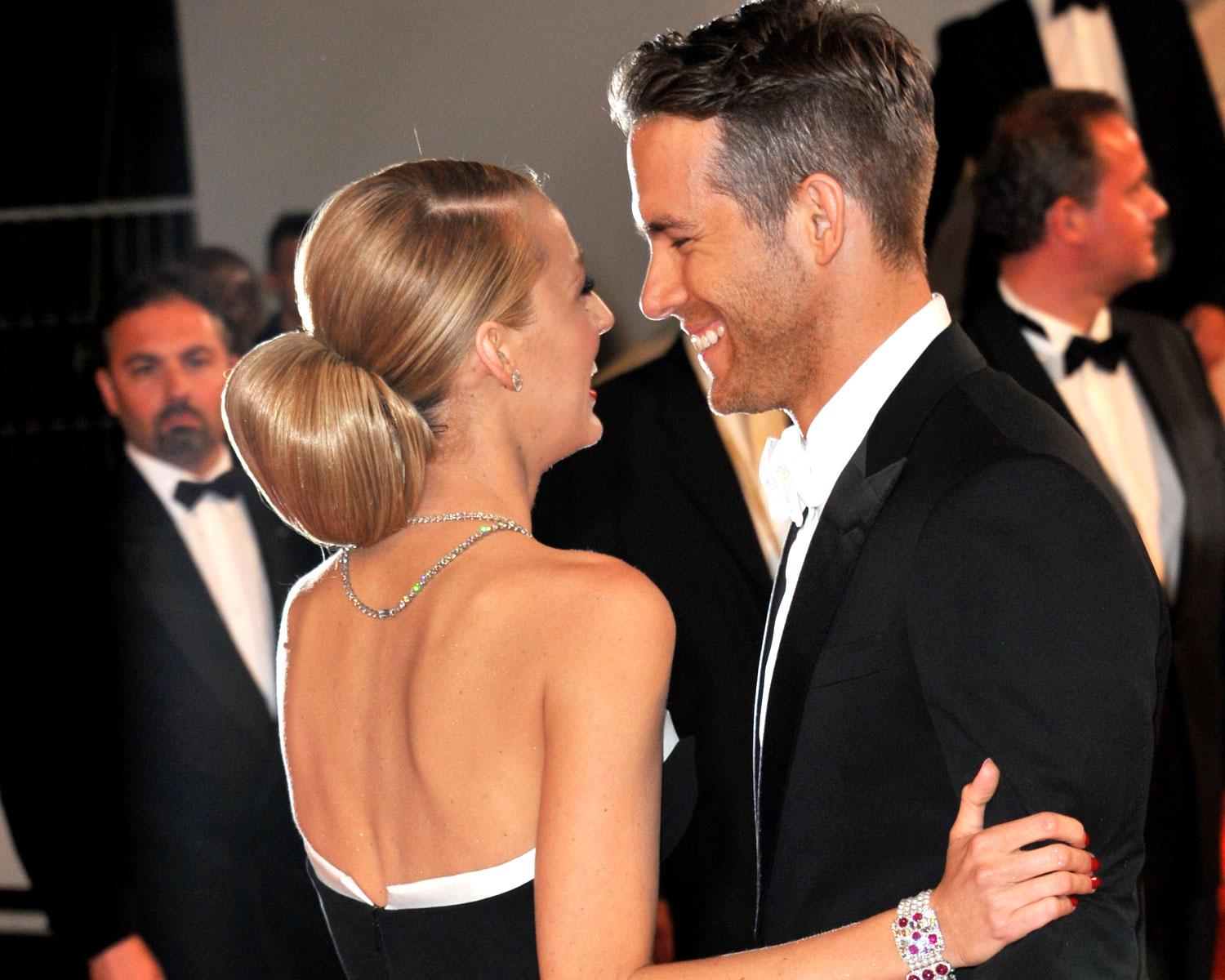 And Ryan Reynolds won`t congratulate his pretty wife on her new film, but can post her shabby look from the movie with “#nofilter” caption. Hey, maybe he tries to tell that he loves his lovely wife in every way, or he just hints that our Blake has “home style” like everyone else? What can we say, Ryan knows it better than us.

That couple not only about fun and trolls, they are parents too! They have two wonderfull infant and expecting number three very soon! Altough they do not hesitate to show their love and hate in public, they are very private about their children. They say, decpite they are celebrities and can bare this side effects, it is not their childrens choice. So they try to give children normal life as possible. İs not that adoroble? Sounds like our dream couple is also “parenting goal” as well!

With all their trolls, parenting choicec and of course, glories, we love Blake Lively and Ryan Reynolds couple! They are shining stars and dream couple of Hollywood. And it is seems like no one, or other couple intent to steal their crown yet. İt has been seven years of happy, joyfull, trolled and rolled married life with three kids.  What do you think, are we gonna see over years another Brangeline case, or we gonne hear news of number four, or number five, or number six? Cross the finger for the best for that couple!