Celebrities
Escape from the wedding: stars who broke up on the eve of the wedding

Escape from the wedding: stars who broke up on the eve of the wedding

It is unpleasant when a seemingly active star couple breaks up. But it is even sadder if the lovers leave after the engagement, without giving each other an oath of eternal love. We remember a few failed celebrity weddings.

The couple met on the set of the film, and the love affair happened right away and lasted a couple of years until the groom started spending time in bars right before the wedding. Ben was unhappy that Jennifer was the main one in their couple, and the press even called him “Mr Lopez”. Despite the engagement and impressive ring, the wedding was cancelled almost in a few days. 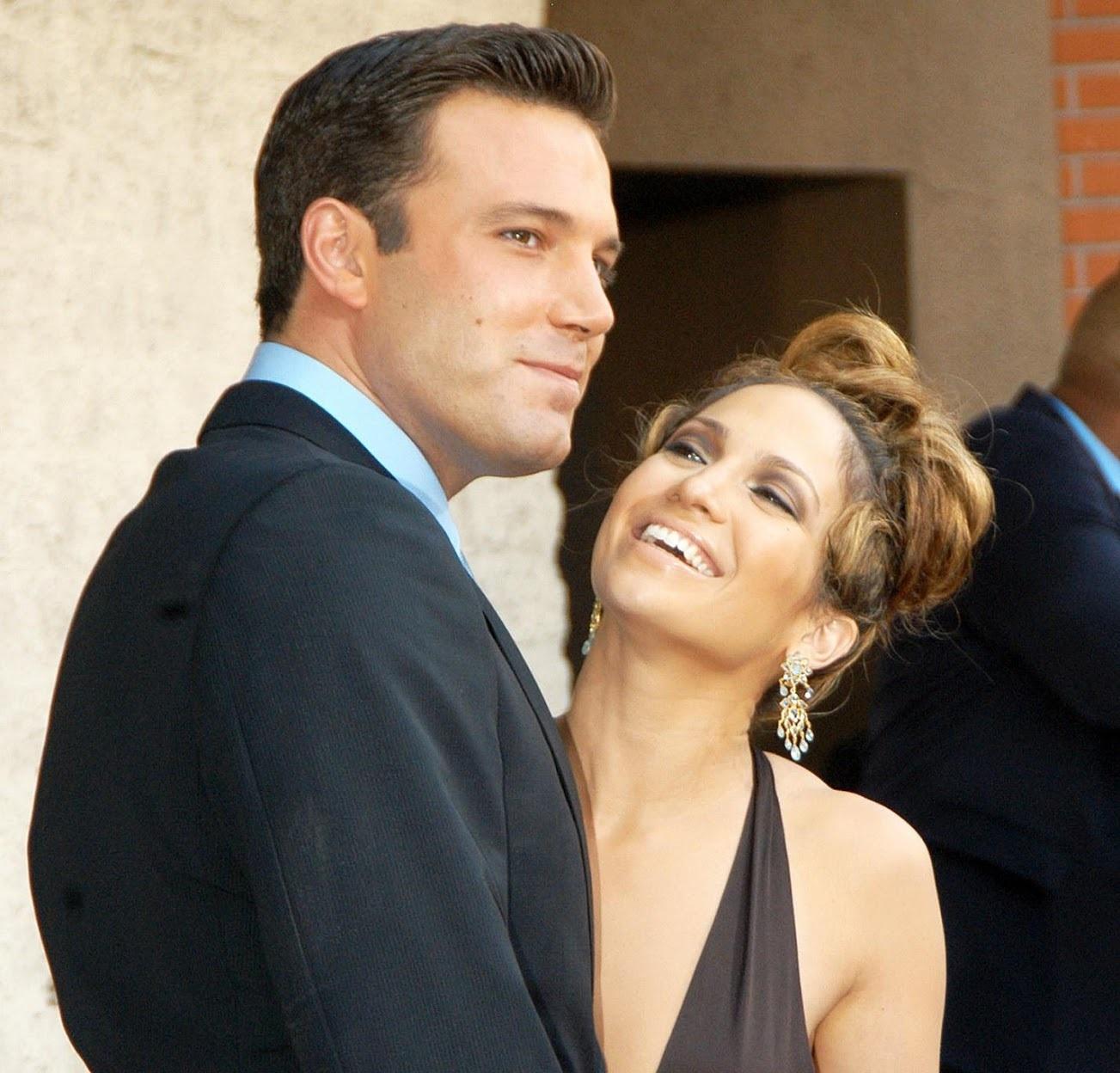 In a series of nervous breakdowns and rehabilitation, Jason became a ray of light for Spears. In 2008, after a divorce with Kevin Federline, the singer had a difficult time, and her manager was one of the few people who helped her recover. The working relationship moved to a new level: the boyfriend appeared in the Criminal clip, and in December 2011, Trawick made an offer on his birthday party.

Jason, fearing for the future state of mind of his future wife, even took over the custody of Spears: after the infamous events of 2008, her father was in charge of the singer’s finances, and Jason became responsible for Britney’s health and behaviour.

But in January 2013, the couple ran away. According to rumours, the cause was a simple question: Britney dreamed of joining the family, and Jason did not see himself as a father. 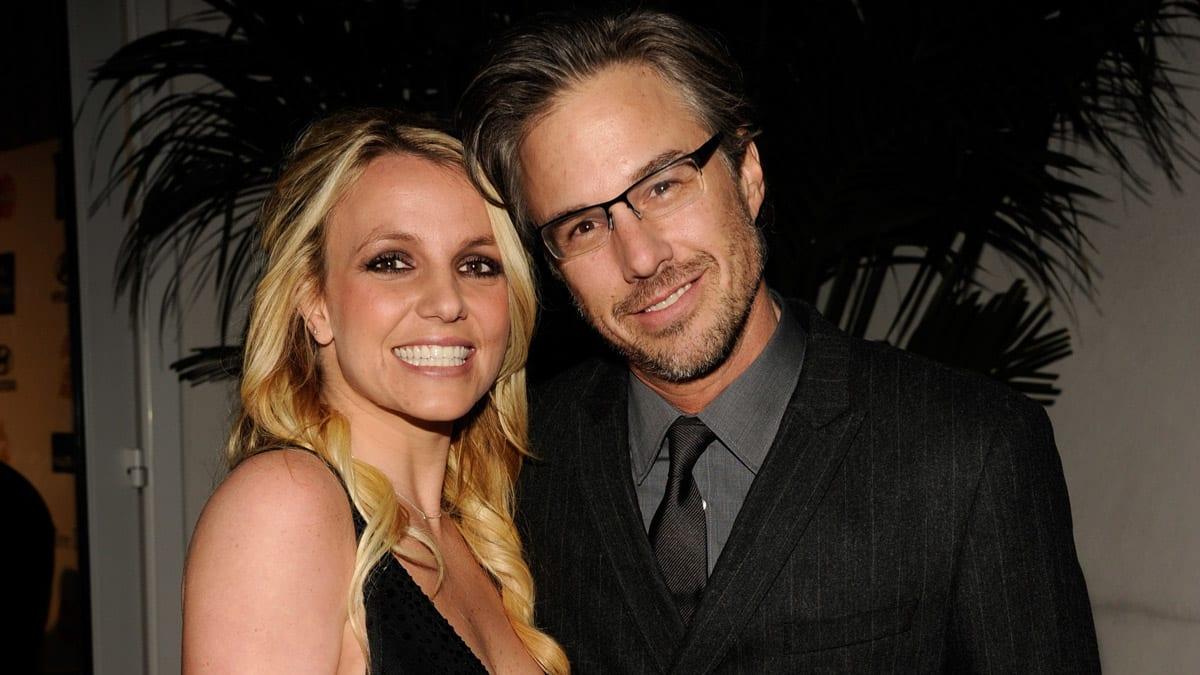 That was a favourite couple of all Twilight fans. Very romantic - their screen love has grown into a real relationship. It was rumoured that Pattinson made Stuart a proposal several times, but it never came to a celebration.

In the summer of 2012, Kristen found herself in the arms of Rupert Sanders, the director of “Snow White and the Huntsman” movie, and the whole world learned about it the next day.

Kristen begged for forgiveness, and Robert tried to forget everything. But the groom's patience was enough for several months. In the spring of 2013, the actors separated. 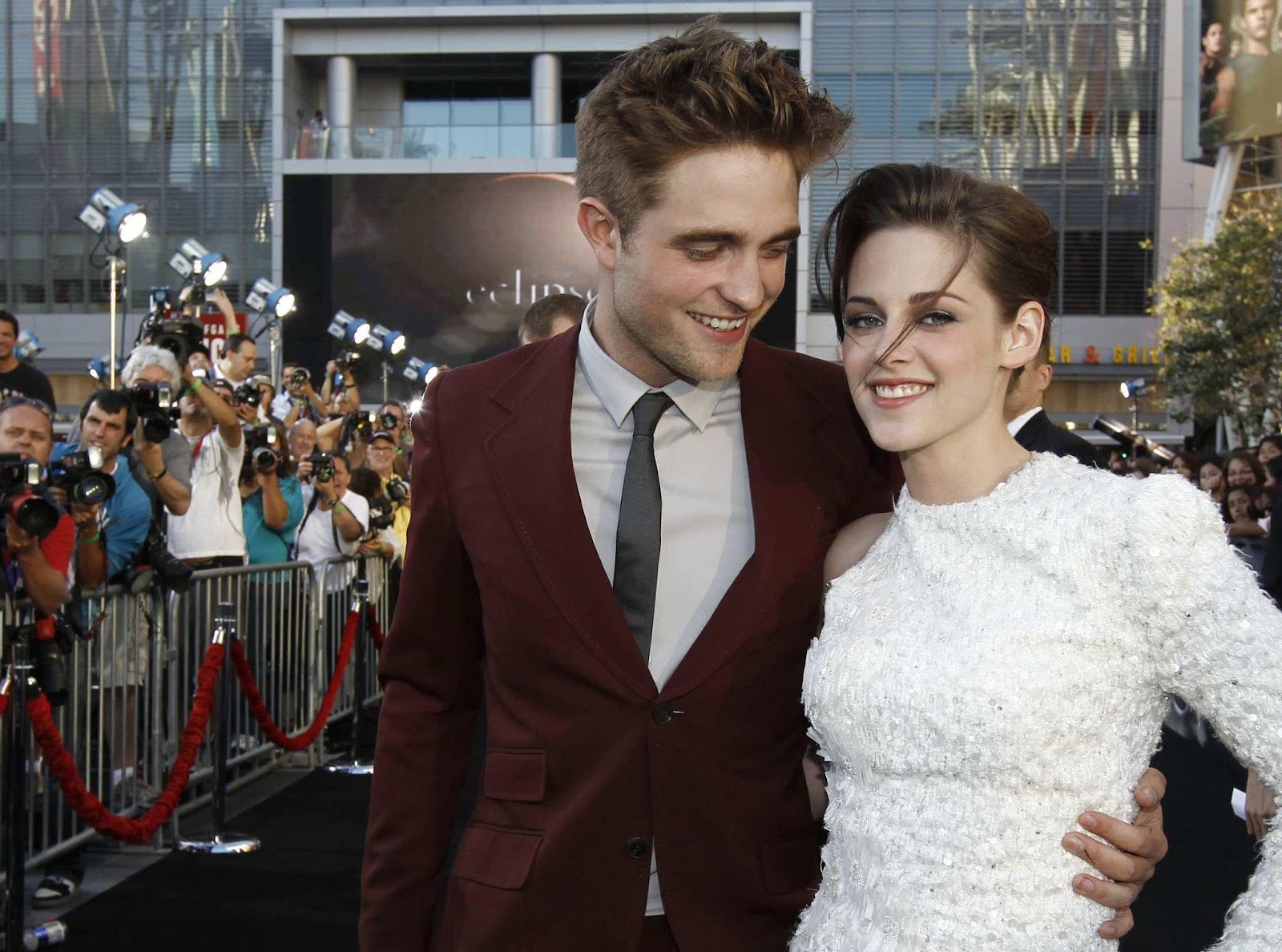 Gwyneth and Brad began dating on the set of the thriller "Seven". The actors even became superficially similar due to the same haircuts and style in clothes. No one doubted that the two sex - symbols would play a great wedding. According to rumours, the separation was caused by the actress, which got into an affair with the leading role played by John Hannah during the shooting of the melodrama “Sliding Doors”. 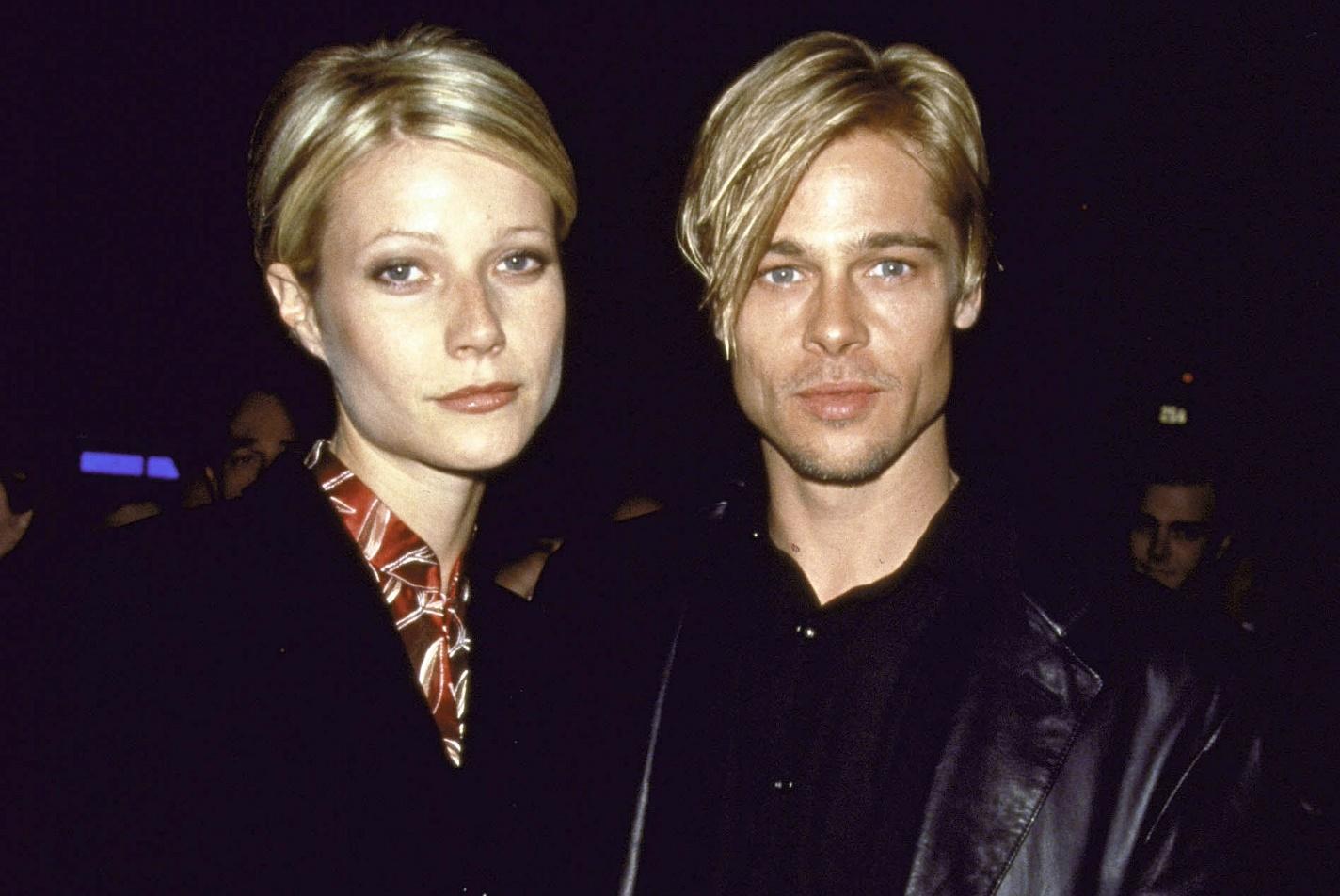 In January 2016, Mariah Carey became engaged to the Australian billionaire James Packer. The couple planned to hold a ceremony in the Caribbean. The singer dreamed of hundreds of golden butterflies decorating her wedding dress. The dressmakers began to work, but suddenly the groom cancelled the celebration. According to rumours, the billionaire could not accept the bride's past. He was worried about the former romances of Mariah. Besides, Packer was tired of the popularity of the singer and wanted to return to "normal life".

Mariah steadfastly suffered a break, but demanded compensation from the former of $ 50 million, because she had seriously spent on preparing for the failed wedding.

The billionaire paid Maria a certain amount, but a little less than she demanded. 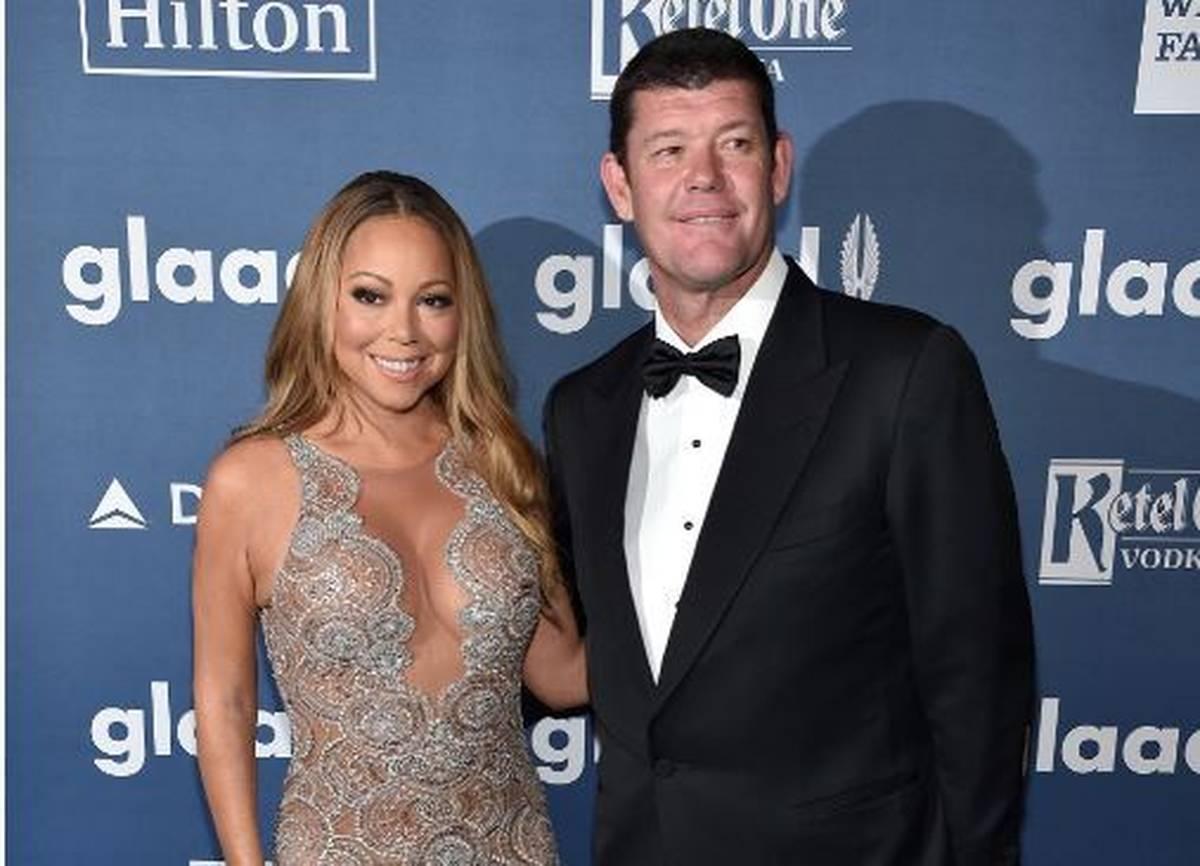 Chef Matthew Mosshart and TV presenter Kelly Osbourne met at the wedding of Kate Moss and James Hink. Because of Kelly, Matthew moved from his beloved New York to Los Angeles, and the girl refused eating meat to support her vegan boyfriend. In the summer of 2013 in the Caribbean, Matthew made an offer, but the jingle of the wedding bells never sounded.

One day, Kelly looked into the groom's phone and learned a lot of new things. It turned out that Mosshart would not mind spending free time in the company of unfamiliar girls in hotels. 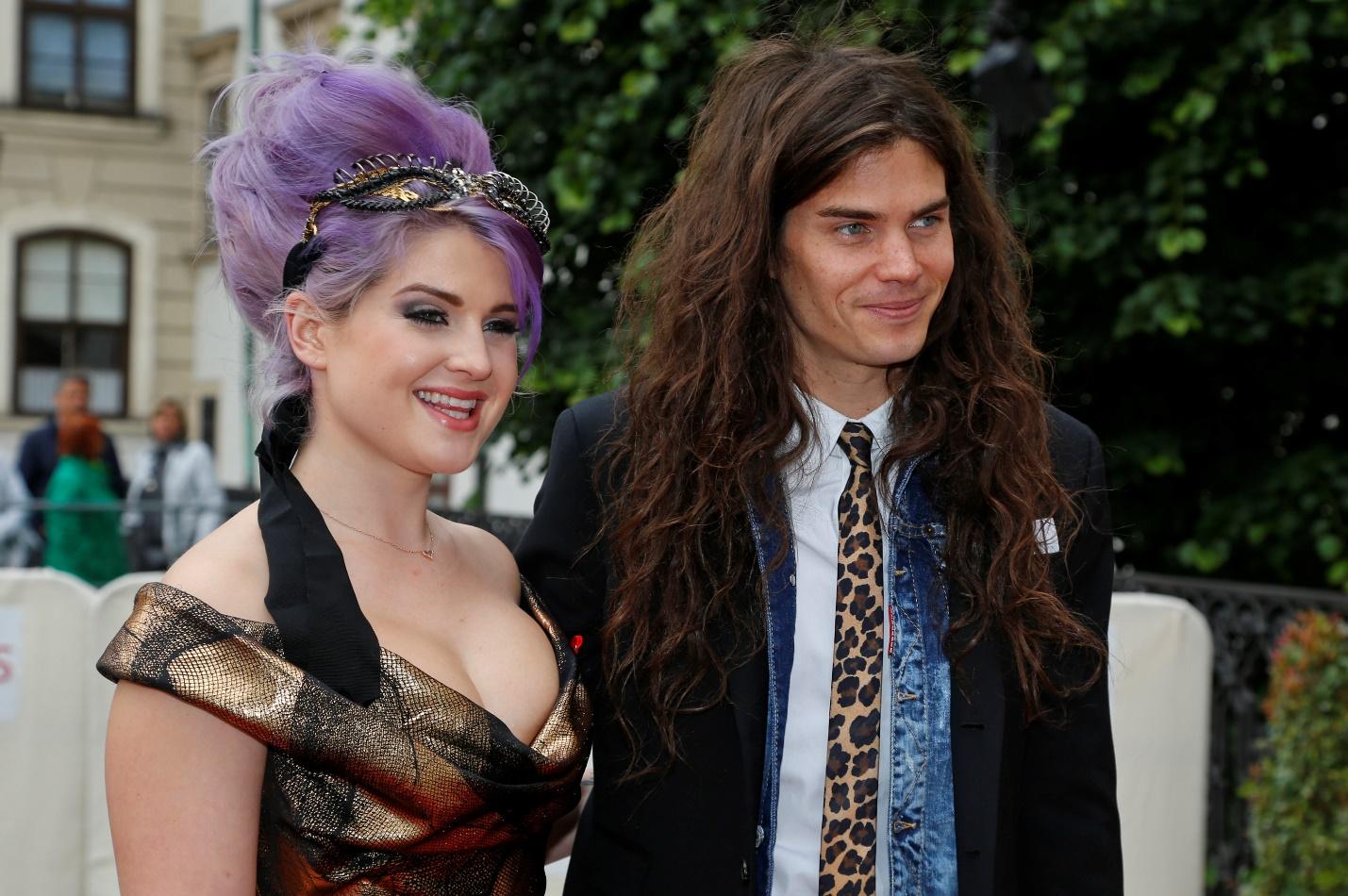 The relationship between the French millionaire and the American actress has never been stable. They planned a wedding, then run, then found solace in the arms of others. The first time the couple broke up in 2009, later became engaged again in 2012, and after Uma gave birth to a daughter, Rosalind. In the fall of 2014, the relationship between Uma and Arpad finally collapsed. According to the official version, this was due to the constant separation - Busson worked in Europe, and Thurman was busy filming in America. 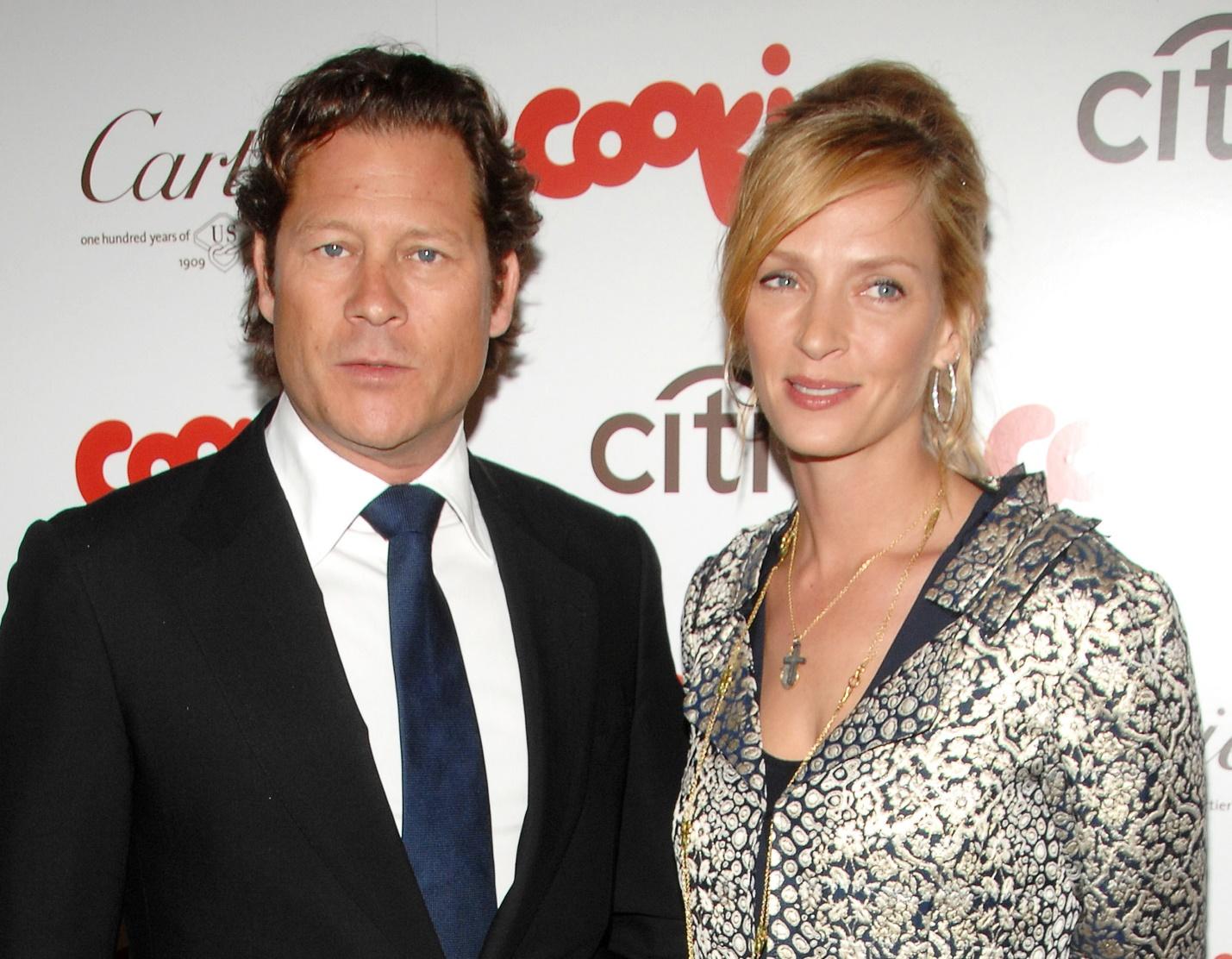 Lady Gaga and Taylor Kinney reported on their upcoming wedding in 2015. Before that, their relationship lasted for more than four years. Fans were confident that the celebration would take place, and the relationship of the couple is not in danger. However, the wedding did not take place - lovers told about their separation. Lady Gaga in social networks wrote that she and her groom decided to pause due to the difficulties of relationships at a distance. 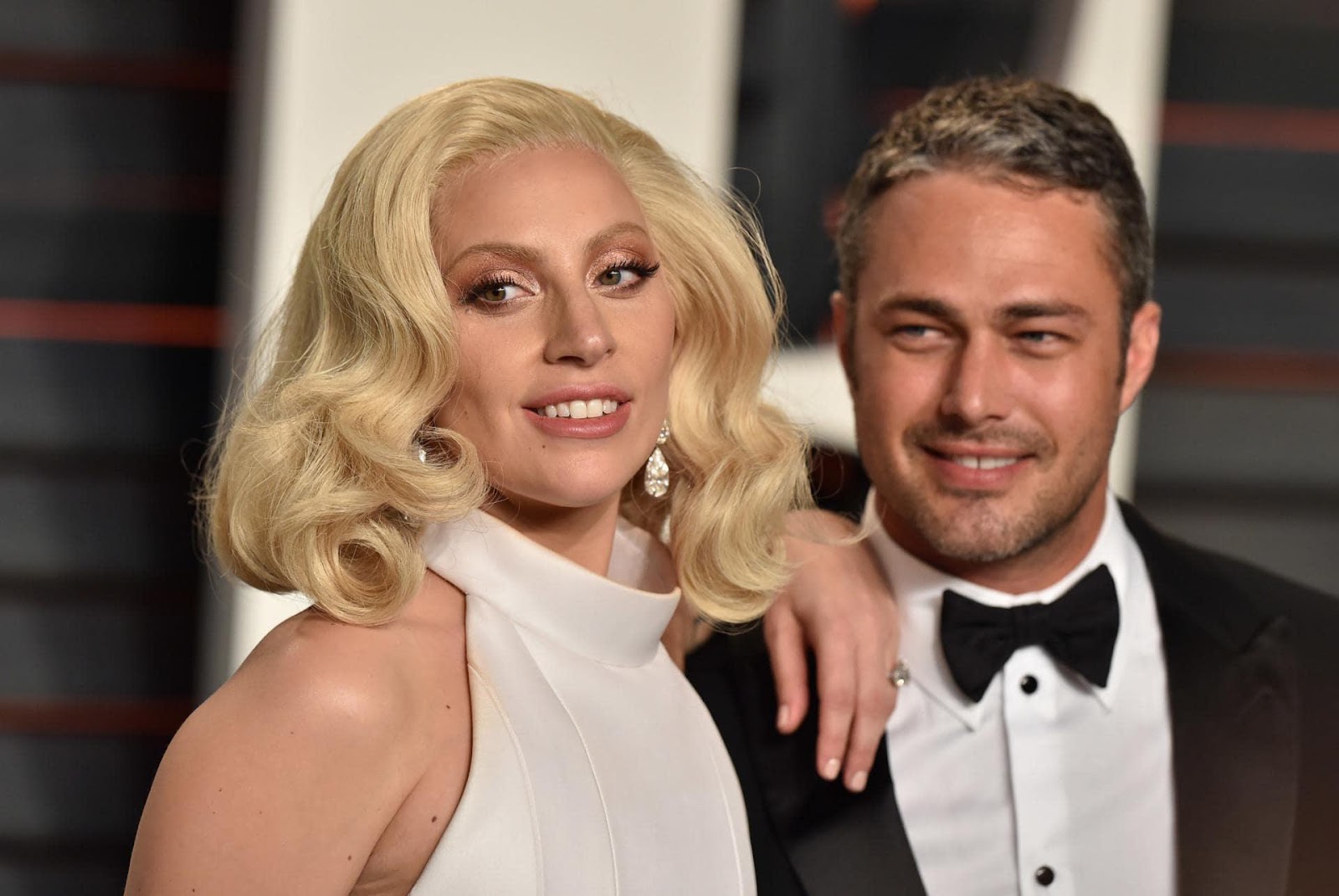 In October 2010, Maria became engaged to Slovenian basketball player Sasha Vujacic. Nevertheless, her career was still in the first place for her. While celebrity managers agreed on a wedding date that fits perfectly with the work schedules of both, Sharapova and Vuyachich did not slow down the pace of training and saw less and less.

Finally, it became known that the celebration will take place in November 2012 in Turkey. But the couple did not wait for the ceremony: a few months before her, Masha, tired of relationships at a distance, broke off the engagement. The separation was peaceful, and the athletes remained friends. 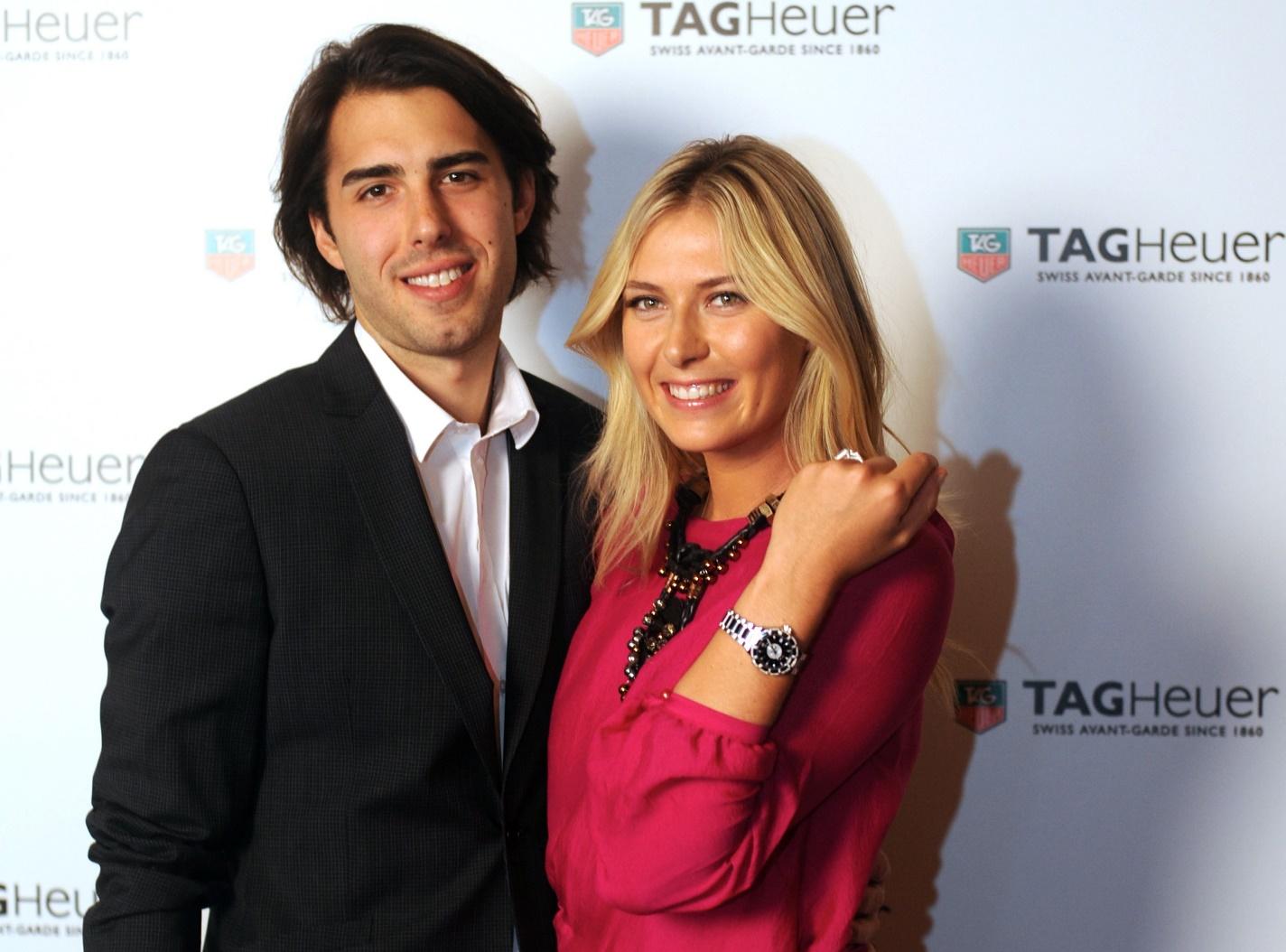 Long before the filming of the comedy "Runaway Bride" Julia had already thrown the groom at the altar. Unlucky actor Kiefer Sutherland, with whom Roberts began to meet. The engagement of the couple took place in 1991. However, a few days before the ceremony, Julia left Sutherland for his friend, actor Jason Patrick.

“When Julia told me that there would be no wedding, I thought that everyone around me hated me. I was even afraid to leave the house. It took quite a long time before I realized that people treat me with understanding and sympathy. For me, it was a painful, but beneficial lesson, ”, - admitted the actor.

The most offensive in this story was that the novel of Julia and Jason survived only a few months. 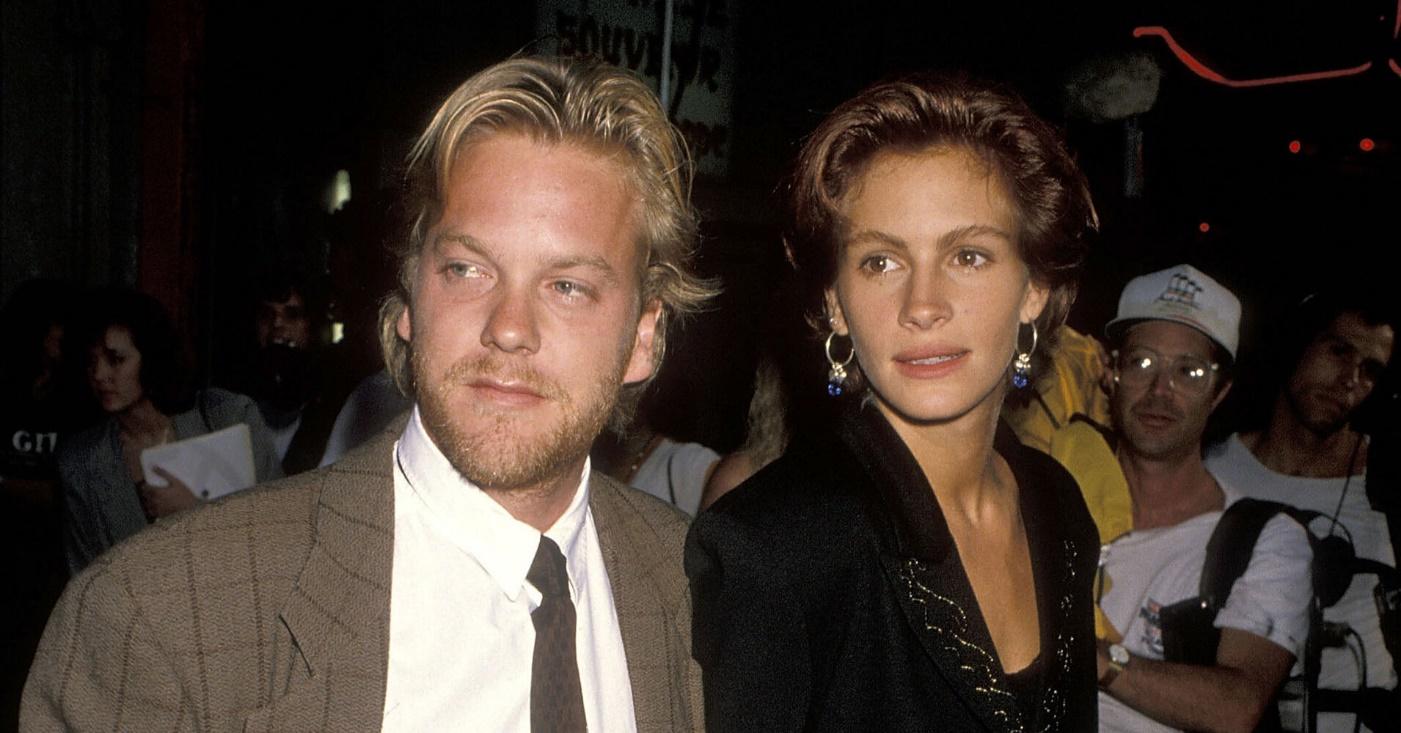